No Surrender will be playing at one of the best festival in the world, presenting their upcoming album Medicine Babies out on ZerOKilled June 2011
NO SURRENDER SONAR 2011 -
Barcellona June 18th / Main Stage SonarByDay
http://2011.sonar.es/en/artistes/no-surrender_384.html
with M.I.A. / Underworld / Aphex Twin / Apparat / Magnetic Man / Steve Reich and many more!
"Avant-rap without a pause A mixture of avant-rap, energetic rock and electro-punk conceived in terms of the most danceable surrealism. The adrenalin given off by their shows and the dissonant and hypnotic sound they have been producing since they first played together have made the trio formed by Seraphim, Eddie Steeples and Gnomad a classic on the New York scene. With the help of TV on the Radio, FreQ Nasty, Radioclit and Costanza Francavilla (Tricky's muse), the album “Medicine Babies” promises to take them out of the underground and make them officially into stars."
Labels: News 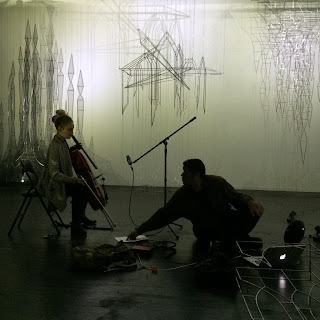